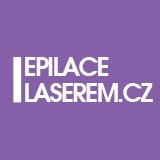 Will my tattoo disappear completely?

Most of the tattoos can be completely removed using Q-switched Nd: YAG Pastell active laser, they differ only in the amount of treatment.

The impact of the laser beam on the skin is most often described as a pinch that is accompanied by a feeling of warmth. As we care about making you feel good during the treatment, we do our best to make the treatment’s pain no or minimal. Because we use high quality medical lasers with a laser spot diameter of up to 10 mm with a speed of up to 10 pulses per second, the laser procedure itself takes only a few minutes in most cases. Any unpleasant feelings during the laser treatment are always maximally reduced by the German platform for laser procedures – the Zimmer Cryo 6, which is available throughout the Czech Republic to remove tattoos only at our workplace. It is a natural way to numb your skin. The use of the device also helps to shorten the healing time and, last but not least, to reduce the loss of tattoo pigment. Any discomfort usually does not persist for more than 5 minutes after the end of the laser procedure. Approximately 2% of our clients also use local anesthetic Emla anesthetic ointment, which is applied to the tattoo for 60 minutes before laser treatment. Mostly it is a tattoo placed on more sensitive areas such as the neck, ankle or spine.

Why should I choose Pastelle Laser Treatment?

Our goal is to achieve the best possible tattoo removal results with the lowest number of treatments completed. With this approach we try to differentiate from other devices. Fewer treatments mean saving your time and money. We have invested several million crowns in FDA-approved laser equipment, which is a very strict US office designated, among other things, for the approval of medical devices. We are aware of the necessity to keep up with new technologies, and so in January 2015 we bought another, the third laser for removal of tattoos – the state-of-the-art Pastelle laser. We also received a number of prestigious certificates for laser tattoo removal. We have specialized in the tattoo removal procedure in our laser center for many years and treat on average 5 – 15 tattoos a day. You will also receive many hints and recommendations during the treatment, resulting in faster tattoo removal results. Laser treatment at our facility is always carried out by experienced medical staff with at least higher professional education or a doctor. In practice, we often find that clinics located outside Prague and cosmetic and tattoo parlors unfortunately often do not have high-quality laser equipment or knowledge or experience in this challenging field. In the best case, it may result in a total failure of the procedure – not getting a tattoo even after 20 treatments and your empty wallet, or worse, a scar. If you are still hesitating whether to remove the tattoo from us, you can use the free personal consultation and, if you are interested in a test treatment on a small area of ​​your tattoo, for free.

Will one treatment be enough or must the session be repeated several times?

Each person is individual, and so are the individual tattoos. The tattoo pigment is in several layers below it, the laser has to break up gradually and for this reason it is necessary to repeat the treatment. In general, most professional tattoos require at least 4-6 treatments. Less than a complete removal is needed to lighten the tattoo for its subsequent cover-up. Amateur tattoos and permanent makeup can be removed in most cases over 1-3 treatments. Unfortunately, the specific number of treatments cannot be precisely determined in advance because it depends on the type of laser used, the quality of the laser, the color of the ink, the amount of tattoo color, the composition of the ink, the depth to which the ink was applied in the skin, the particular part on which the tattoo is placed, the age of the tattoo. etc. A more accurate estimate can be more precisely determined after a personal consultation or even better after at least the first investigation.

So how much will it cost me to complete a tattoo removal? Are they paid for each treatment separately or for the whole process together?

Payment is made after each treatment. The price of 1 treatment depends mainly on the size of the ink-colored surface and starts at 750 CZK. We provide discounts when treating larger areas, more tattoos at the same time, when subscribing to a series of treatments and to students who prove themselves with a valid ISIC card. Tattoo removal is also possible on installments. If you are interested in preparing a price calculation and sending other information regarding the removal of your tattoo, please send us a photo of your tattoo, next to which is a ruler and information about the age and location of the tattoo on email info@epilace-laserem.cz or you can use it after phone reservation personal free consultation with the possibility of a test intervention.

Will I have a scar or white spots after removing the tattoo?
Can all colors be removed just as well?

Unfortunately, no. Black ink and dark colors are generally best removed. Red, orange, pink and warmer colors such as brown react best to the KTP laser at 532 nm, which is part of the Pastelle laser. Purple and yellow are variable, but can usually be significantly reduced after a certain number of treatments. Since January 2015, we have also been able to remove green and light blue hues much more successfully by using warheads with special wavelengths of 585 nm and 660 nm. White ink and very light, skin tones are very problematic for lasers, but their visibility on the skin after removal of the surrounding dark tattooed colors is negligible. However, if the more problematic color shades have not been tattooed to a great depth (shading or filler areas), in some cases they can also be completely doodstranit subsequent use of other lasers, which we also have. However, these lasers can only be used after a complete reduction of red, black and other color shades with a gentle, depigmenting Pastelle laser, combining several wavelengths, but with higher risk of side effects.

How do I take care of the laser-treated area? Are there any restrictions?
How often can I go to treatment?
When will I see the result?

The first loss of tattoo pigment is usually observed within a week. However, laser-broken particles of tattoo ink are washed out of the skin for much longer, and therefore the complete result of each laser treatment can be reliably evaluated at least 1 to 2 months apart.

On what principle does tattoo removal work?

Earlier methods of tattoo removal, such as dermabrasion or excision, could not completely remove the tattoo or leave a significant scar behind. With technological advancements, tattoo removal lasers have evolved, and the shorter the pulse the laser produces, the better and more skin-friendly results can be achieved, because shorter pulse exposure means less heat exposure to the skin. The shortest pulses transmit FDA-certified Q-switched Nd: YAG lasers. These are so-called active Q-switched lasers, which are large vertical rollers, not low-quality smaller rollers, which belong to the category of passive Q-switched lasers. The tattoo removal laser works on a photomechanical principle, that is, the laser beam only strikes a given pigment (according to the wavelength used) and subsequently breaks the larger particles of the affected pigment into smaller ones, and therefore can be subsequently the body, more precisely macrophages (cells, which remove any dirt, dead cells, etc. from the skin more easily.

I have a brand new, freshly tattooed tattoo that I don't like. When can I first undergo a laser?

The laser can usually be applied at the earliest after 6-8 weeks from making the tattoo.